The Artist Is For Sale: Brian Oldham

There is no doubt that embracing yourself and giving birth to a better self requires courage. But the outcome is always glamorous. We are talking about Brian Oldham, based in L.A, multidisciplinary artist and their prominent queer style, pastel toned, provoking artworks. It was not our aim to put pressure and create existential crisis for Brian with our questions, but here is the motivational interview with B!

Who is B? How did you start your journey?

I know that I’m still relatively pretty young, but I feel like I’ve died and given birth to myself a couple of times already. I’m being dramatic, but it really is like I had to kill who I was to become who I am. I started out as a Catholic school boy, and checked most of the boxes to fill that archetype. And now I’ve grown into basically the polar opposite of that.

What are the challenges of being B?

I struggled for a lot of my life with being myself- I was always very shy, and I attribute a lot of that to a lack of self-love. It was really just this last year that I came out of that shell and have found a lot of strength and joy in my queerness.

Since the time you started, your work progressively become more radical and maybe even more provocative. How did your visual language evolve in years?

I think that a lot of the ways the direction of my artwork has changed has had to do with my own shifts in maturity and realizations about what I want to say with my work. I don’t like to make pretty things that are pretty for the sake of being pretty. In the beginning, of course I didn’t have much of a direction- political or otherwise. When I first started out, I was a 17-year-old kid, heavily influenced by my circumstances and oftentimes just visually actualizing unprocessed trauma from my adolescence, through art. It really started out as a coping mechanism, unbeknownst to me, and somewhere along the way I accidentally started working professionally as an artist. As far as visuals go- my taste and my style have evolved with me over the years. I’m always experimenting with different processes and presentations, but I’ve come to learn what I like and how I like to make it. 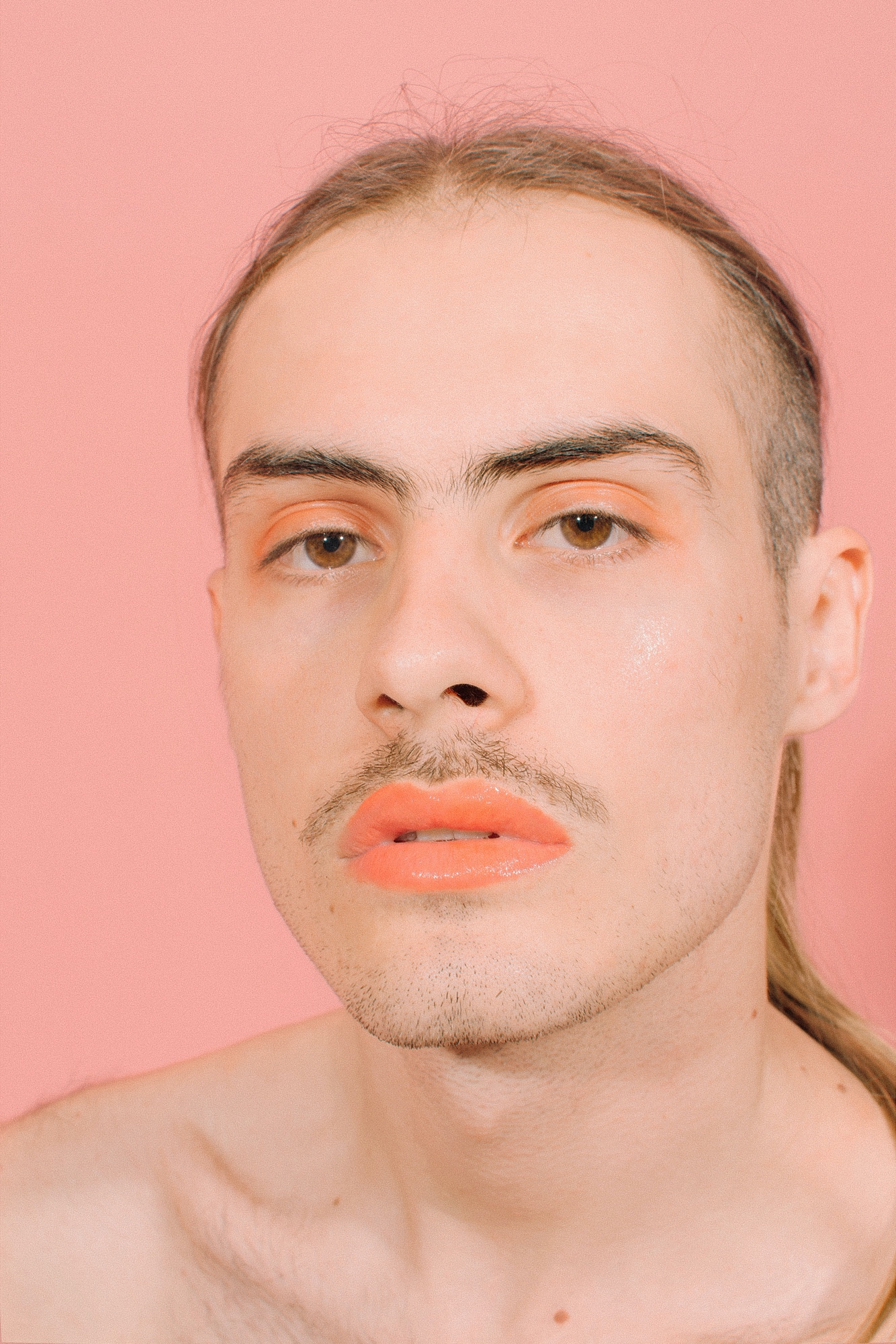 Artworks don’t need to be anything.

Do you think artworks need to be serious? Why?

No, not always. Artworks don’t need to be anything. A lot of my work has a playful undertone. Oftentimes, a serious work can be made more palatable for an audience by presenting it with flippancy or even just aesthetic beauty. People are much more willing to think about an issue if it looks nice or they can laugh about it a little. It promotes a more open conversation.

How do you interpret being an artist in the digital era?

There’s never been another time in our history where there’s been such a huge opportunity for artists to have their work seen on such a grand scale. I think that it has its own benefits and drawbacks. Like, if I was peasant Sally nobody from 1602 living on a farm and making paintings, so few people would see my work, even if it was really good. It feels like a lot of pressure if I sit and think about it too much- because when I make something I’m going to share online, I know that there are thousands of people that are going to see it in a matter of hours. So, as much as I try to be “authentic” and frivolous when deciding what work I’m sharing, there’s always that thought in the back of your mind that maybe what you’re posting doesn’t really deserve to be seen by thousands of people? Like, peasant Sally’s paintings probably totally deserve more attention than this picture I just took of my butt, but I’m going to post it anyways. I’m rambling, but do you know what I mean? Anyone can post their art online now, so there’s an enormous amount of competition. And then when you add social media, which has become like the primary channel for widely sharing artwork, it turns into this whole other monster. There are some nice little niches of digital communities of artists supporting one another, which is awesome. But for the most part, it feels like it’s just as much about selling yourself as it is selling your art, which is what inspired “The Artist is For Sale”.

I’m literally selling replicas of my body parts on my website. I want the viewer to realize that I’ve been selling myself this whole time, just not so literally. 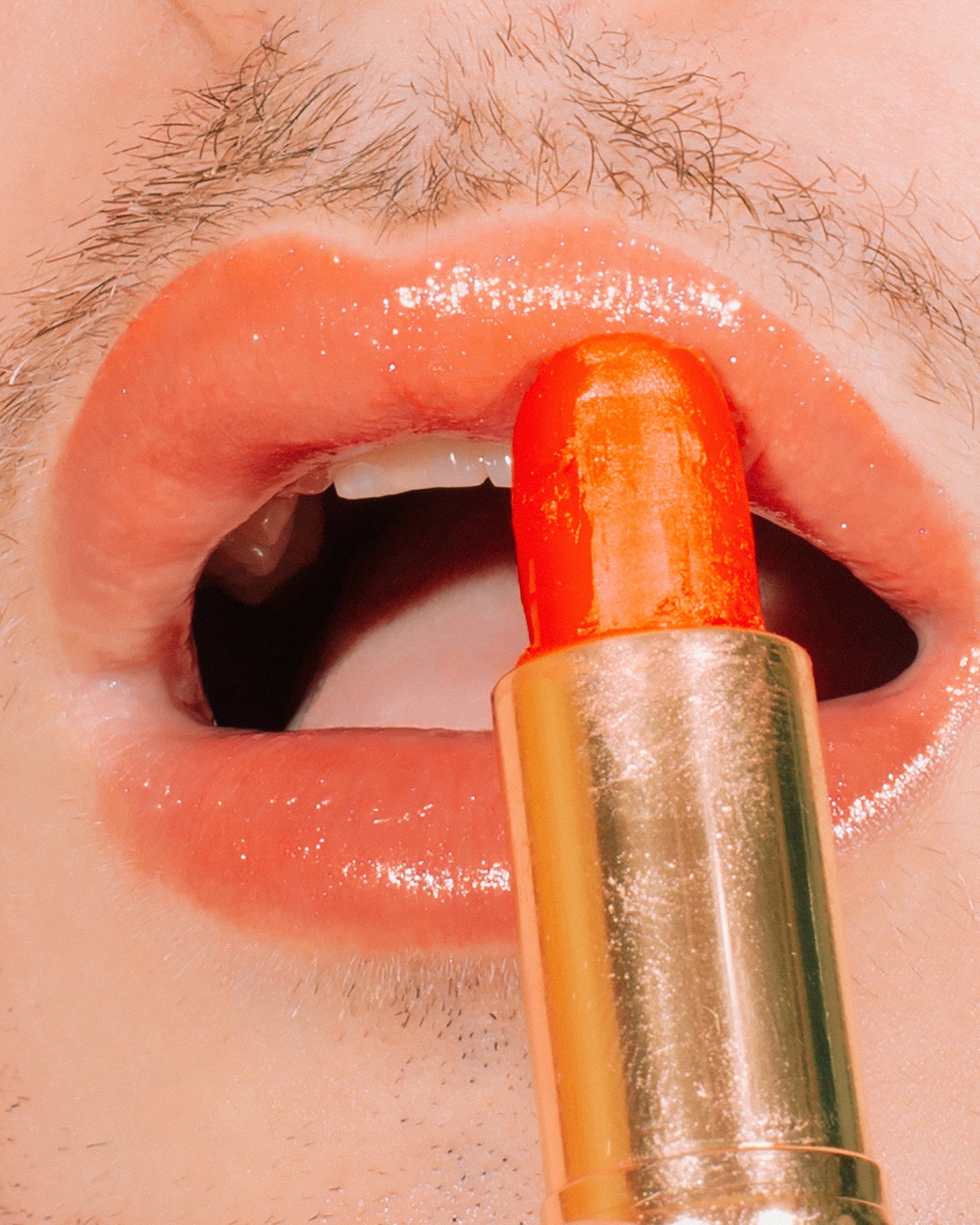 The Artist Is For Sale” series made us think about the global art industry. What is the philosophy behind the series?

I came up with the framework for “The Artist Is For Sale” when I realized that I had been heavily exploiting myself emotionally as a means of making art to be shared. There are a lot of layers to that series and so many different topics that came to the surface- but at its core, it’s about digital narcissism, self-exploitation, social media, and consumption. There’s a sculptural oil painting I did titled “I Put Myself In Everything I Do”, it’s made to look like a slab of skin, and it has exact copies of my nipples growing out of the oil paint- and I think it speaks a lot to what I’m saying with the series. Like, here I am- I’ve poured my soul into this artwork, please like it and buy it and buy a piece of me, by extension. A big part of the project has been leaning into the Instagram culture of the “art hoe”. Posting promiscuous selfies in-between serious works as a performative exploration and criticism of the culture of digital consumption of a curated self-image. Do you like what you see? Do you want to have it? Because you can- I’m literally selling replicas of my body parts on my website. I want the viewer to realize that I’ve been selling myself this whole time, just not so literally.But even beyond the art scene, the project is very much a commentary about the culture of consumption. We’re all selling ourselves, to some degree. It’s the means of survival, when it comes to late-capitalism.

What is the best way to spend a night in LA for you?

Whenever I have friends come to visit California and they ask me what good things there are to do around LA I’m like…. I don’t know! I usually sit in my house and read and play video games in my free time. I can tell you a gay bar to go to, or pretty beaches to check out? 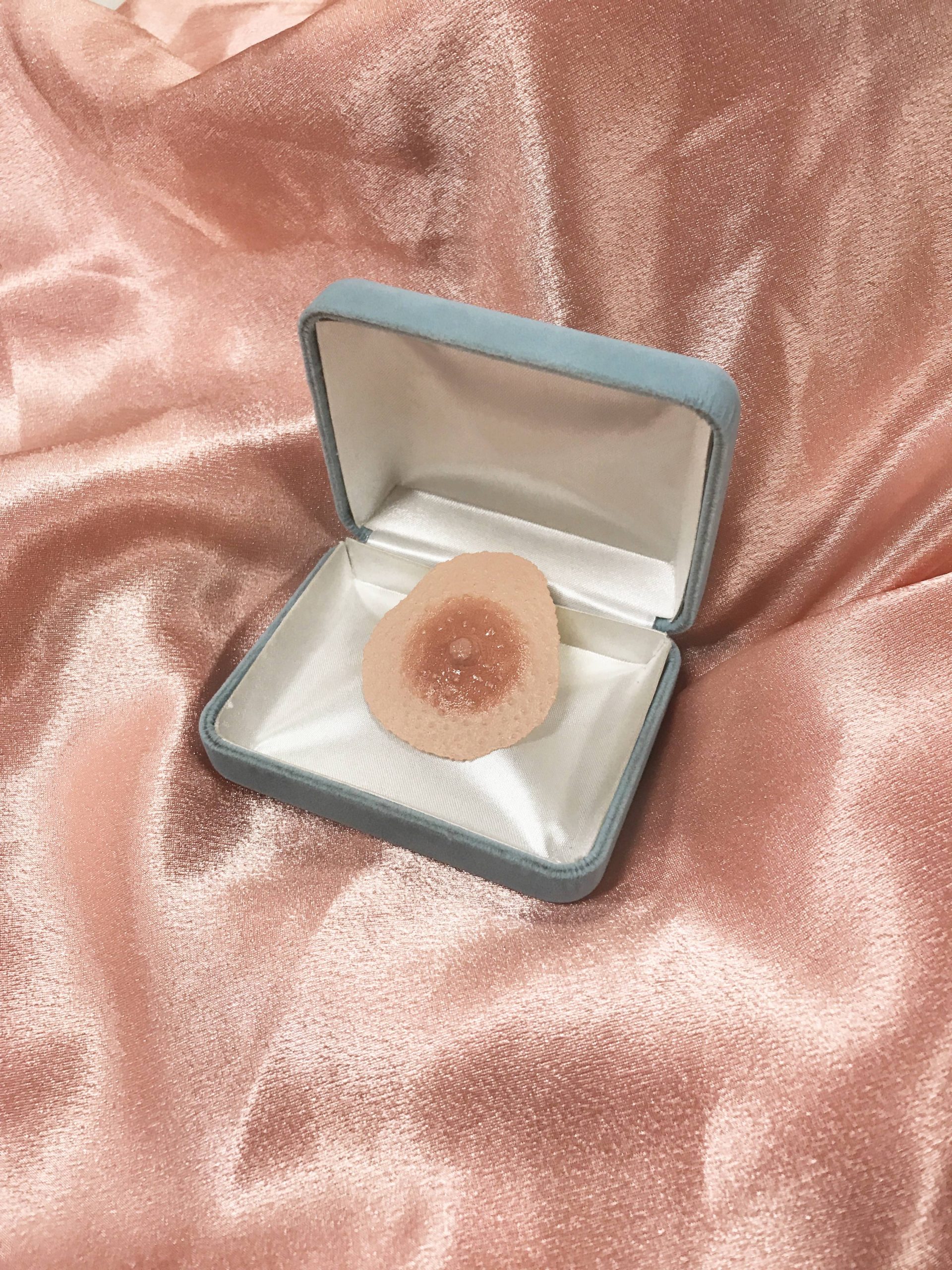 Pushing the boundaries of reality is always part of your work but what is real for you?

You’re going to give me an existential crisis with these questions! Haha. A lot of the time, what feels most real to me are the things that are the least palpable. Like thoughts, and feelings, or memories. We’ve got robots and cartoon politicians and I’m selling my body parts on the internet. I swear I read this dystopian novel as a kid.

As a multidisciplinary artist, which field of art inspires you most?

Lately I’ve been most inspired by sculpture. Photography will always be my first-born child so it has a special place in my heart, but there’s something about the tangibility of being able to see and hold my own three-dimensional work in my hands that really gets me going.

What is the definition of balance for you?

Balance is a little bit of everything!

What are the most delicious colors?

What is your next step?

I’d like to continue working on some of my existing series, and have been thinking about some new themes I’d like to explore, as well. For now, I’m going to keep making new work and experimenting with different mediums and forms of expression.

Could you give some examples of your party playlist?

My friends always tell me that my taste in music puts them to sleep. Nobody ever wants to pass me the aux cord! Though I have been obsessively listening to femme British rap for a couple weeks straight, so maybe I’m turning a new leaf.

Share:
Author: Ozan Tezvaran
Every Human Being is an Artist: Joseph Kadow
Discover
Happiness is a Choice: Pari Ehsan