We’re familiar with German artist and musician Carsten Nicolai, known as Alva Noto, for his original score of the movie The Revenant, the latest movie by Alejandro González Iñárritu. Basing the philosophy of his works on “reductionism,” the artist has been welcomed at famous venues such as New York Solomon R. Guggenheim Museum, San Francisco Museum of Modern Art, Paris Centre Pompidou and Tate Modern in London. His latest project “Unieqav” which features flawed electronic sounds mesmerized everyone at Sónar Istanbul. As we leave behind one of the most impressive audiovisual performances at Digi.logue as part of the festival, we’re more and more excited about the project “Unieqav,” defined by the artist as “the auditory representation of diving underwater.” It is also the last album of the trilogy following Unitxt in 2008 and Univrs in 2011. We talk to him to learn about Uniqav and more.

Your approach to music has a more mathematical and researchlike compared to mainstream electronic music. What attracted you to this discipline?

I think it’s the mix of my interest in visual arts, science and music composition. But I’m not only concerned with music composition, I work with frequencies in general. Because I see electromagnetic waves as one of the amazing fields to do research. And music is a part of that. So maybe it’s my specific interest in philosophical or scientific questions like how our world is constructed. These kinds of questions are kind of feeding my compositions.

Visuals play an important part in your works. How do you interpret the interaction between the sound and the image?

For me audio and video are very strongly connected. When I compose, I already have a quite strong idea of the visuals. You could say that I see sound. When I digitally work, I’m always in front of a screen. It is already a kind of a visual representation. Consequently, I have to work with this and for me when I perform live I would like to keep this kind of relation between the visuals and the sound. I would like to keep it close together. That’s the reason we developed here in the studio in Berlin a software what allows me to play sound and at the same time synchronize to the real-time visuals and compose not only the audio and playing the audio. I’m composing the visual aspect as well. For me this is very strong interconnection. 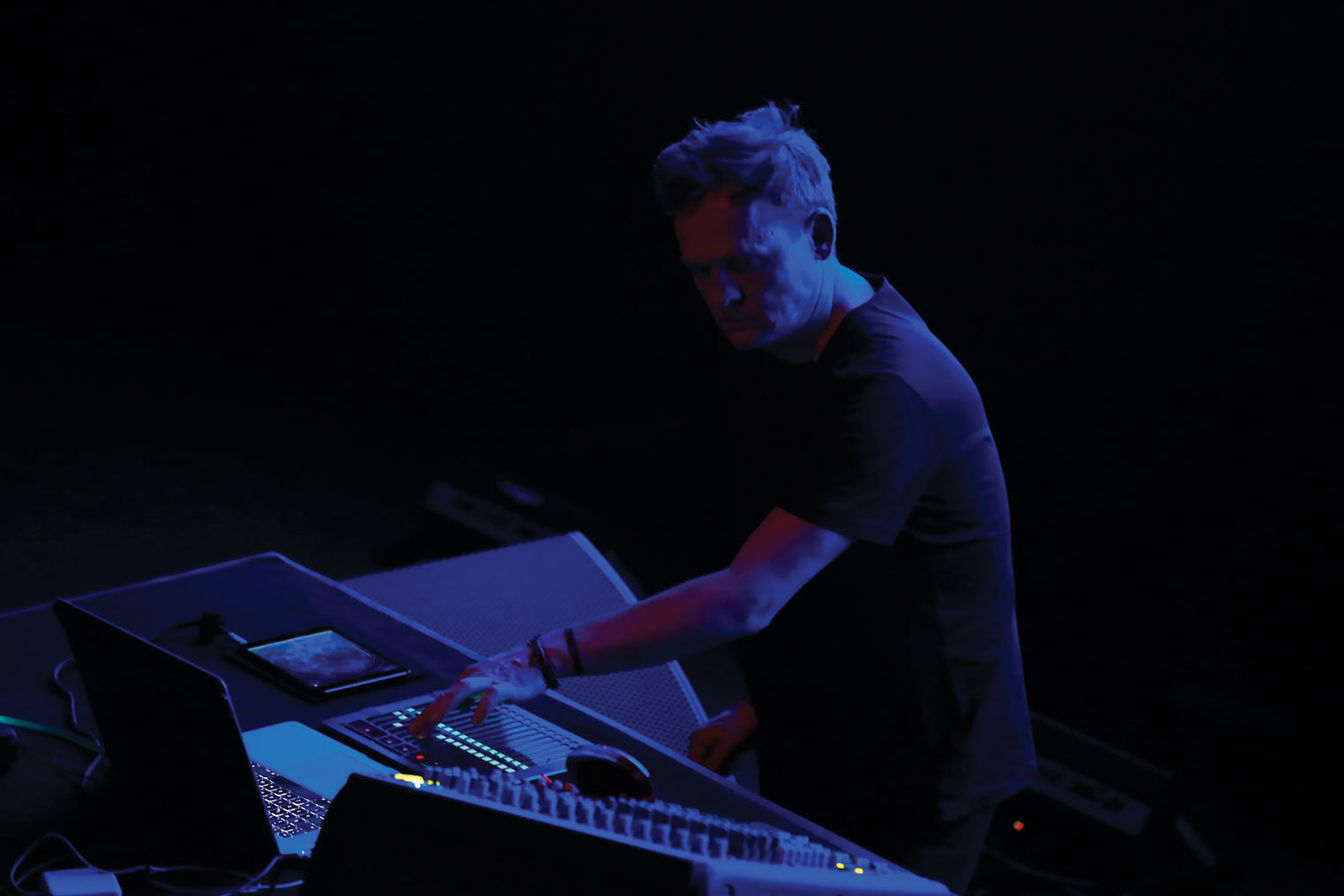 Besides Alva Noto, you also create with certain collaborations such as Diamond Version, Signal, Cyclo and ANBB. I think each of these collaborations produce different works as various experiments. Can you tell us about the creative process of and differences between these projects?

Of course, a collaboration is always very interesting. Specifically, I think collaboration becomes this interesting moment when two or three artists work together and achieve what one artist singly cannot achieve. Aesthetically, it’s very interesting to break yourself and, at the same time, be open and learn from another person. Then maybe you create something what you describe something as a third world, something in between two musicians or in between two visions of sound. The working process has a fundamental role in this kind of connection because experimentation, trial-and-error can achieve something unexpected and this kind of unexpected moment sometimes calls for a topic you want to explore further together. We have been working with Ryuichi Sakamoto for over 10 years with exactly this kind of approach. We’re building a specific audiovisual context. Basically, we build visual with audio and compose based on those. So, it’s kind of a visual composing language that we developed. This, of course, produces a very specific sound. It’s the same with ANBB, he is an interesting vocalist. We compose together so it’s kind of an interwork interaction between composing and improvisation of voice and using voice as an audio element. I can describe similar situation with Diamond Version, but I will not
be following it at the moment because it’s a whole project.

What are the elements that strengthen and sustain your collaboration with Ryuichi Sakamoto in terms of music?

The collaboration with Ryuichi Sakamoto is very specific and very long. We know each for about almost 20 years. We’ve been working together for more than 17 years. I think each of the collaboration has a little bit different approach. The five albums we did together what we are calling the virus. It’s the five acronyms of the five albums Vrioon, Insen reverb Utp_ and Summvs. This has a very specific approach to bring acoustic instrument of the piano together with electronics. And basically, shift between abstraction and melodic aspects, and forming a new language, I would say that’s something what’s really wonderful approach. Then our collaboration on the movie The Revenant it’s of course a little different because we have strong guideline form the director and of the movie itself. So, we kind of tried to support the image with our composition. This is much more classical-oriented. And the new collaboration Glass is again a little different because we are performing completely on an improvised level and not defining instruments. So Ryuichi Sakamoto and me both playing electronics and processing sounds and playing live instruments. This is a much more open-structured situation be achieving right now and we think our future collaboration will follow that kind of idea too.

What are your favorite countries to perform?

It’s very difficult to answer this question but I really love to perform in southern Europe or Mediterranean countries because the audience has a fantastic response. I would include the audience in Turkey as well. Of course, I really like Asia, specifically Japan, because I have a lot of friends there and I’m a regular performer in Japan. It’s a wonderful and inspiring country. 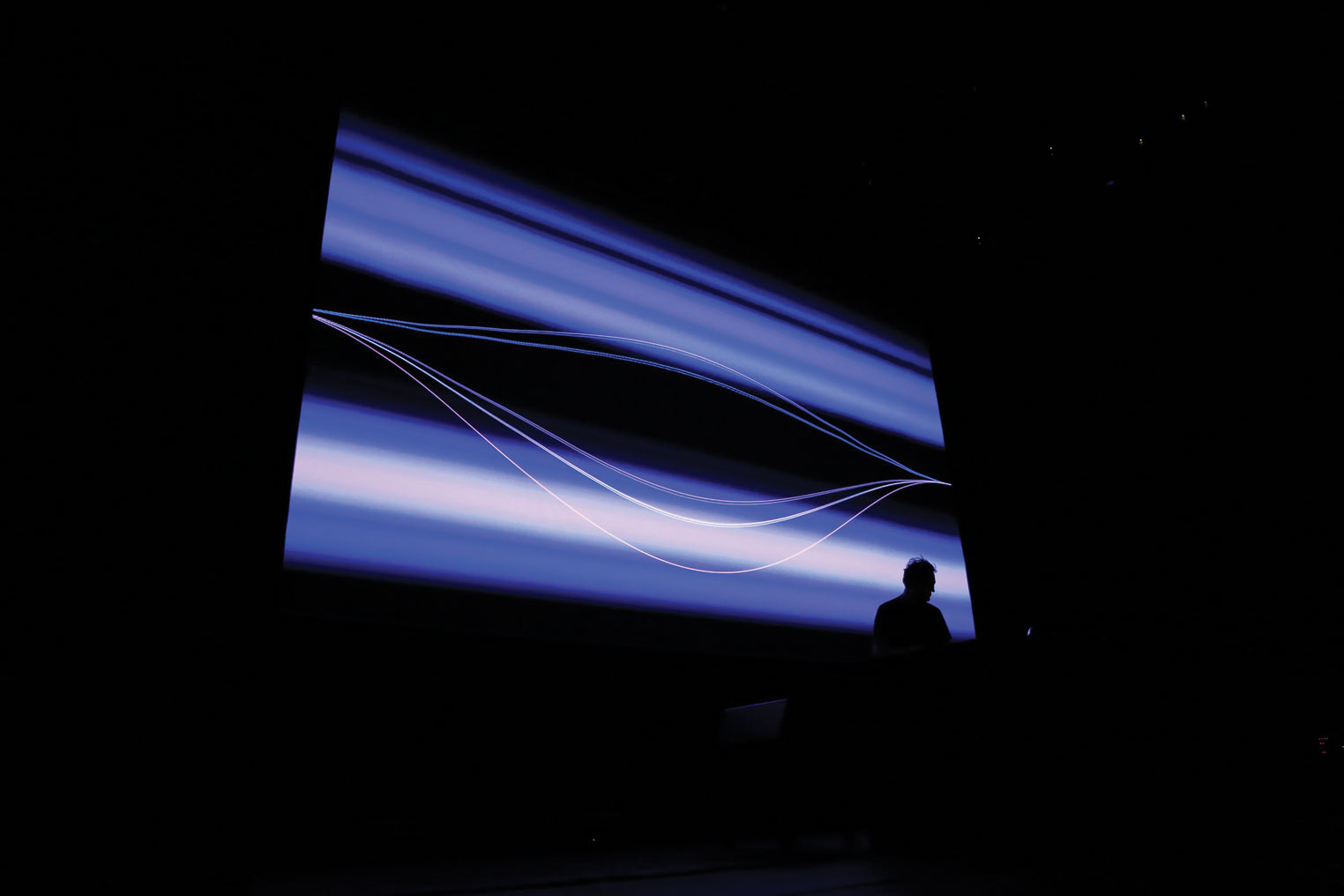 How would you describe the audience that understands music and is interested in it?

It’s very difficult to say because most of the time maybe I’m meeting one or three people from the audience, but I really don’t really know exactly who the audience is. But I’m always absolutely amazed by the feedback I get. Sometimes when I meet people, I see how open-minded these people from different background are coming. Sometimes not really a musical background, sometimes a lot of people are coming from theater, ballet, architecture or design. So I’m really fascinated that my music speaks to people who are coming from different genres. And maybe it’s very interesting that other creative fields are quite amazing to me.

What’s next for Alva Noto?

The next Alva Noto project will be my Xerrox album number four. It is a very long project for 10 years I have been following this non-beat oriented, more ambient project based on an image of a copy machine called Xerox but with a little error with the spelling. And this error is in purpose because it’s basically because there’s a lot of melodic sounds manipulated in a way that interpolation of sound files creates a lot of noise structures, so I’m very interested in two aspects. One aspect is melodies and the other aspect is distortion of the melodies and shifting into more noise situations. This will be the next recoding I will start maybe in the second half of this year.