In this world full of weird people and surreal habits, we stop by Toshio Saeki’s studio in an isolated Japanese village surrounded by cherry blossom trees and wild board traps. Though some describe him as the “godfather of Japanese underground,” he offers a traditional monograph of exploration on violence, death and gender through his “ironic sadomasochist” personality.

Toshio Saeki is 73 years old. In his 20s, he left his job at an agency and started drawing for avantgarde magazines. By resisting the masses, he leads an analogue live in a mountain village without any practical communication for the lack of an Internet connection. With his strong will to risk his art and believe in himself, Saeki continues his life in a mountain house away from everything else. 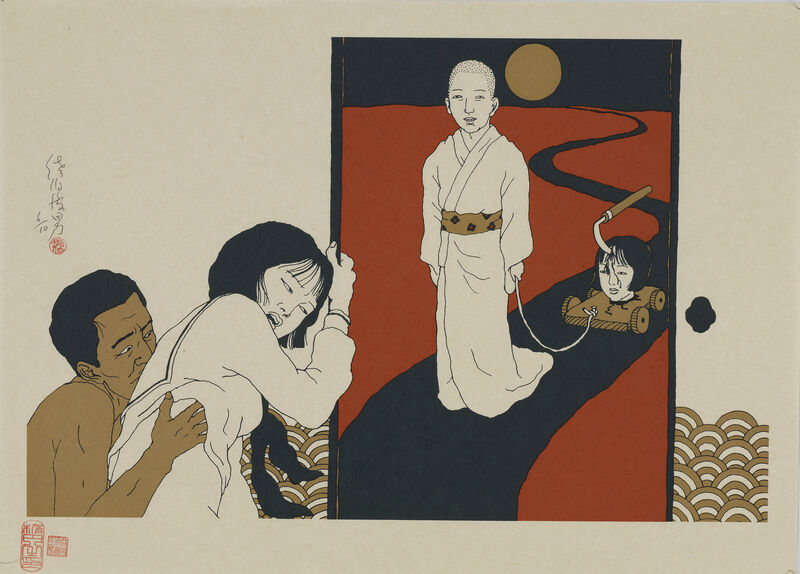 Dealing with the post-war spirit and social renovation in the 1970s, Saeki published a collection of 50 critically-acclaimed drawings. Saeki was inspired by French illustrator and author Tomi Ungerer’s book, who visited Japan in the 1960s, and is known for his Western-style works rather than Japanese culture. He blends these Western characters with dark humor and played a huge role in making humor, which is a part of daily life, a very different cultural tradition in Tokyo.

Though Saeki’s works teach a lot about him and his life, he decided to distance himself from the public unlike his contemporaries Tadanori Yokoo, Nobuyoshi Araki, Yayoi Kusama and Ono-Saeki and proved that he was braver and freer than any mainstream artist.

Maybe the “godfather of the underground” is more than what we see. Though he doesn’t have a current exhibition, you can learn more about his works here.