Goddess Venus is having a plastic surgery.

He criticizes social media but cannot do without it. He’s interested in classical arts but also follows fashion. He’s straightforward about what he feels. With his eclectic taste and inner conflicts, Ege İşlekel is a true Y-generation artist. In addition to being an interior designer, he works with a series of collages which has become a hot topic on Instagram. We’ve been following his works for a while; if you don’t know him yet, now is the time.

To be honest, I never thought I’d be making collages when I was doing my master’s degree. I began making them after graduation due to my interest in sculptures and paintings. I was making them because I enjoyed it and never thought that there’d be a financial return. People liked them very much because I take a critical look at the past and the present, and it became a huge hit on Instagram.

What is your starting point before you begin a work?

I don’t find it hard to make new things. All I need is a keyword like smart phone, addiction, peace, violence, gossip, etc. After that, I look for 3 paintings that I can work with. I always make three different works with the same subject. 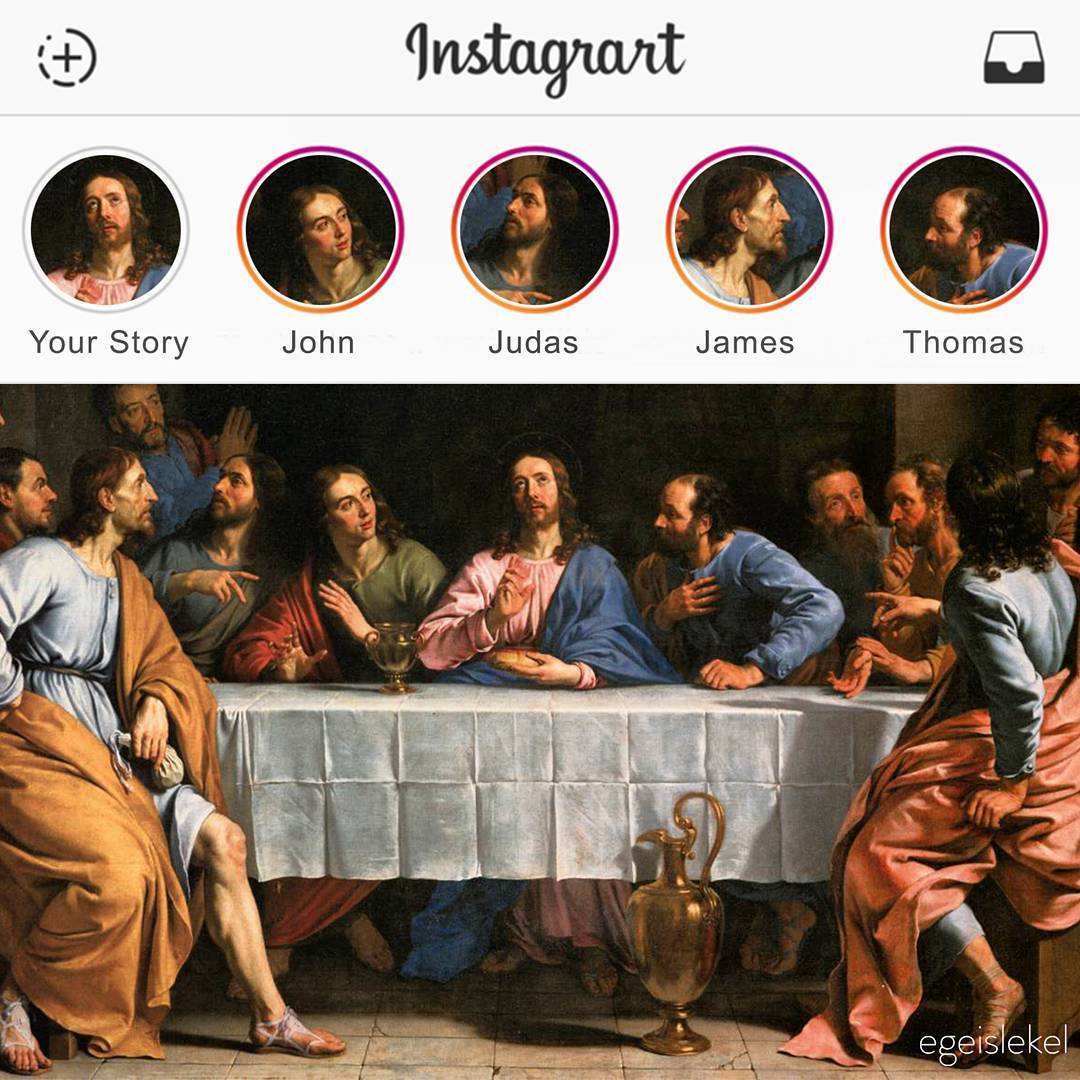 We see examples of European classical arts in your works. Do you think the fact that you moved to Italy has had an influence on your style?

One of the advantages of living in Italy is that my interest in art increased. I started photo-manipulating in Italy so if I weren’t here, I wouldn’t become this popular so quickly.

There are certain things I follow online. I definitely read Top Tweets. I go through current issues to see if there’s something I can use. I also keep track of what’s going on in fashion. The IKEA bag frenzy began when a brand released a similar-looking bag with a more expensive price tag. At first, I didn’t like it but when people started making clothes, shoes and accessories, I couldn’t help myself. 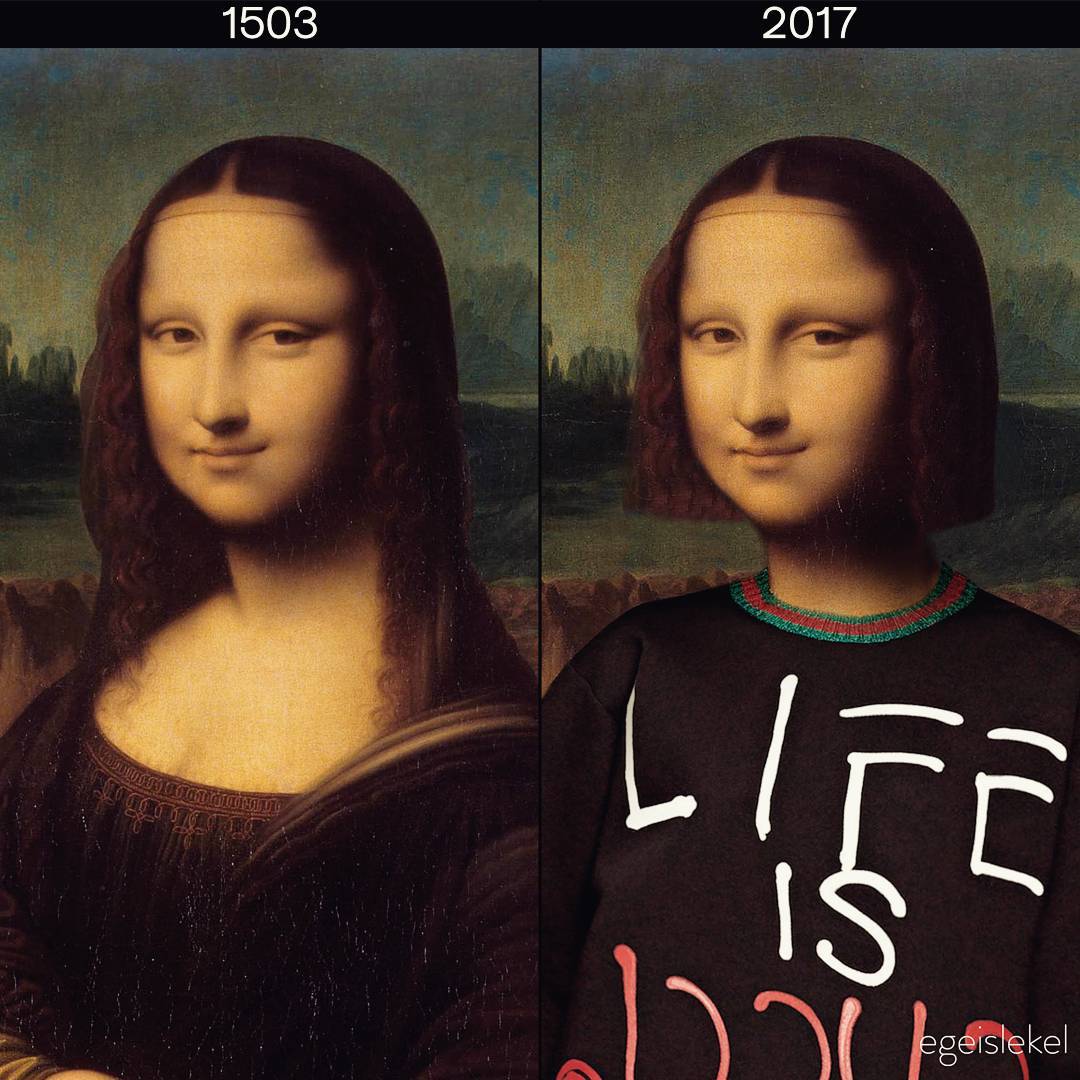 You make fun of a lot of things – from getting likes with selfies to YouTube celebrities. Are you a mocker in real life?

As a person, yes. But it’s never the kind that hurts people. I can be very serious or childlike depending on the situation. I like criticizing but I do it not with words but with my works. I try to raise awareness in a way that doesn’t hurt the other party. 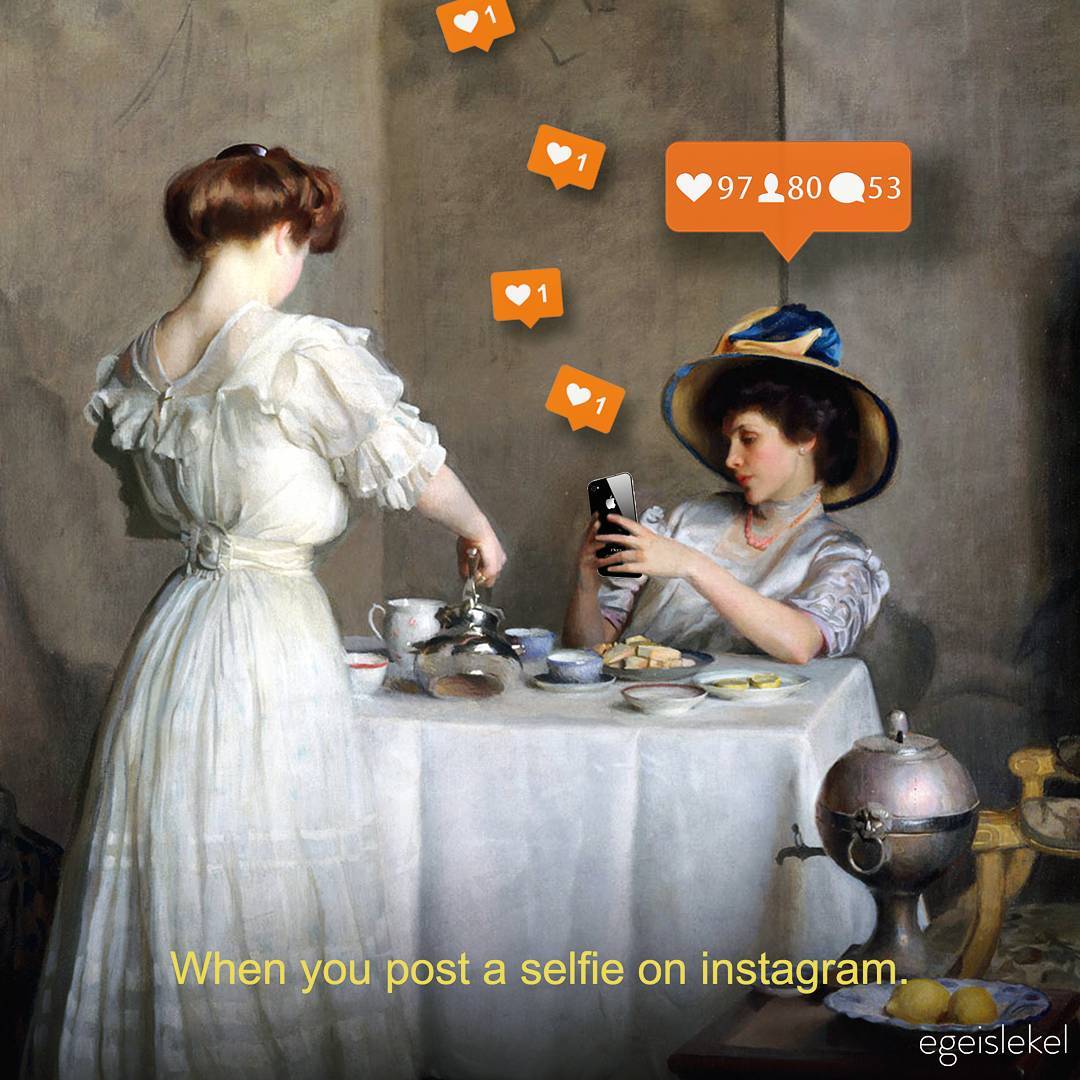 We see traces of social media in your collages. What kind of relationship do you have with social media?

Though I criticize it a lot, I think I’m a social media addict. And I kind of have to be because I share my works on social media. I believe it has both positive and negative effects. It can become a beacon of hope for people in need, or a new platform for talented people to promote themselves.

Do you display your works anywhere other than social media? 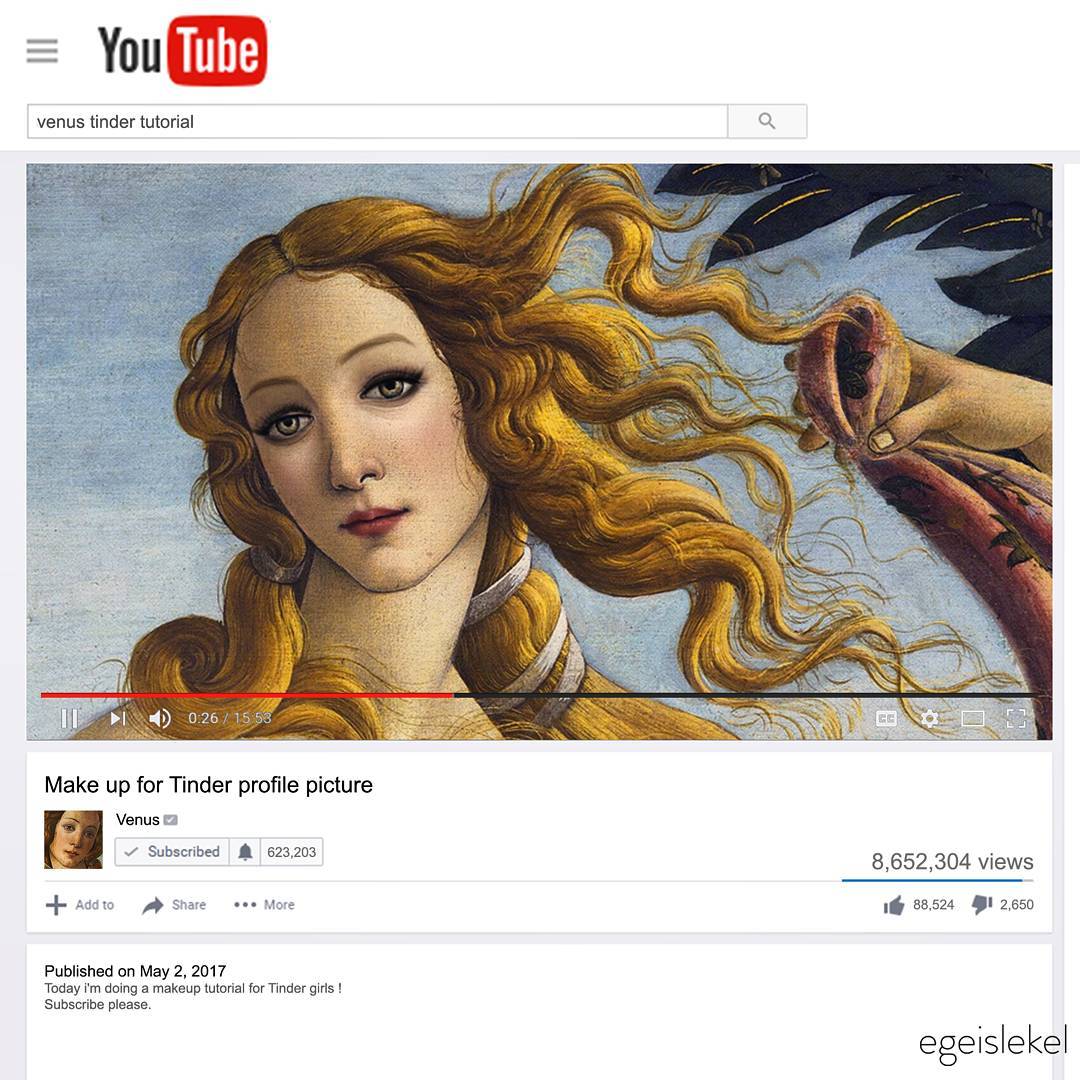 We saw your special designs for Nike as part of Artxdesign. What do you think about brand collaborations?

Would you be doing this kind of collages if it weren’t for social media?

I don’t think I would because I’m motivated by people’s positive feedback on social media. If no one liked it, I wouldn’t be doing this now. 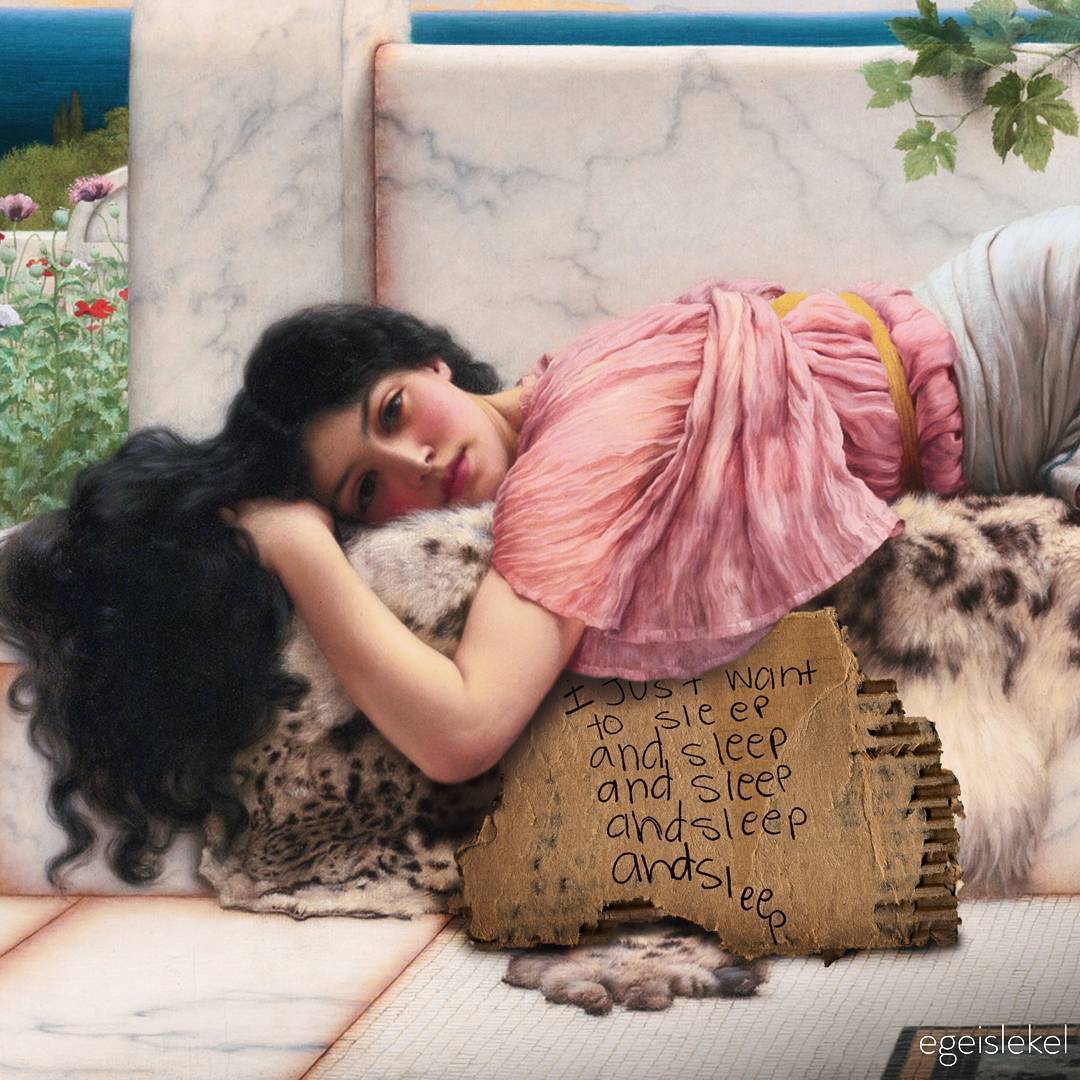