Created by Adele Casagrande and Edoardo Fendi in Rome in 1925, FENDI has been living nearly for a century as a storyteller in the big picture of art, design and traditional craftsmanship, away from the hegemony in which fashion is a mode of consumption. Feeding creativity in fashion design with imagination, history, literature, music and art, FENDI’s creative challenge is at its most visible in the world of cinema, where it strikingly does justice to the term “storyteller.” 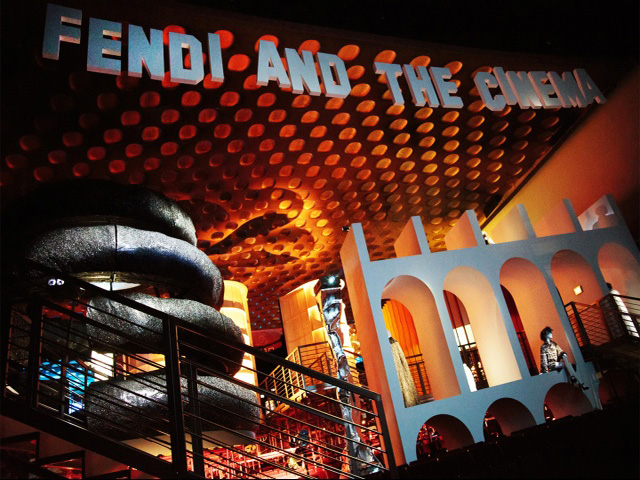 FENDI has designed – and continues to design – unforgettable furs for Italian, European and Hollywood movie productions. The brand continues to exist in its own dimension and class by creating objects and clothes that describe characters and situations with a creative might – hidden behind the high-brow window displays – in very detailed representations of a certain moment in time, or in visual feasts of creative scenarios. 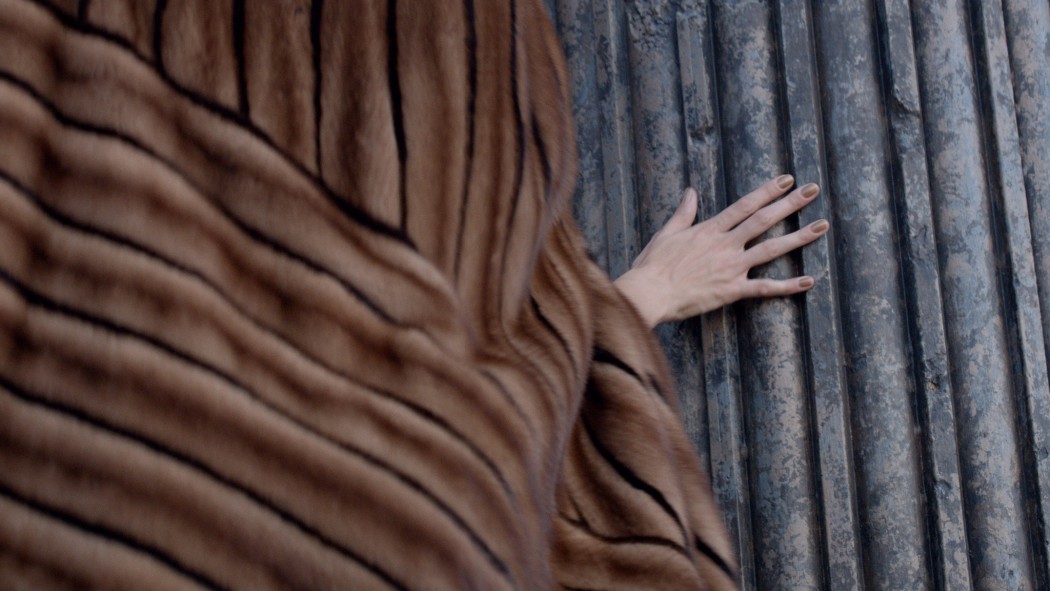 Barbara Carrera’s wardrobe in 007: Never Say Never Again (Irvin Kershner, 1983) designed by Charles Knode; Michelle Pfeiffer’s costume designer Gabriella Pescucci’s Academy Award-winner spectacular designs in The Age of Innocence (Scorsese, 1993); the striking atmosphere created by FENDI’s designs in Evita in which Madonna plays the Argentinian actress Evita Duarte; Maurizio Millenotti’s costumes in The Legend of 1900 (Tornatore); Fellini’s And the Ship Sails On (1983); or So a Coppola’s colorful Marie Antoinette… These are only a few of the memorable examples FENDI has given. Let us not forget about the exclusive furs designed for Jude Law in The Young Pope, this year’s hot mini-series by Paolo Sorrentino. 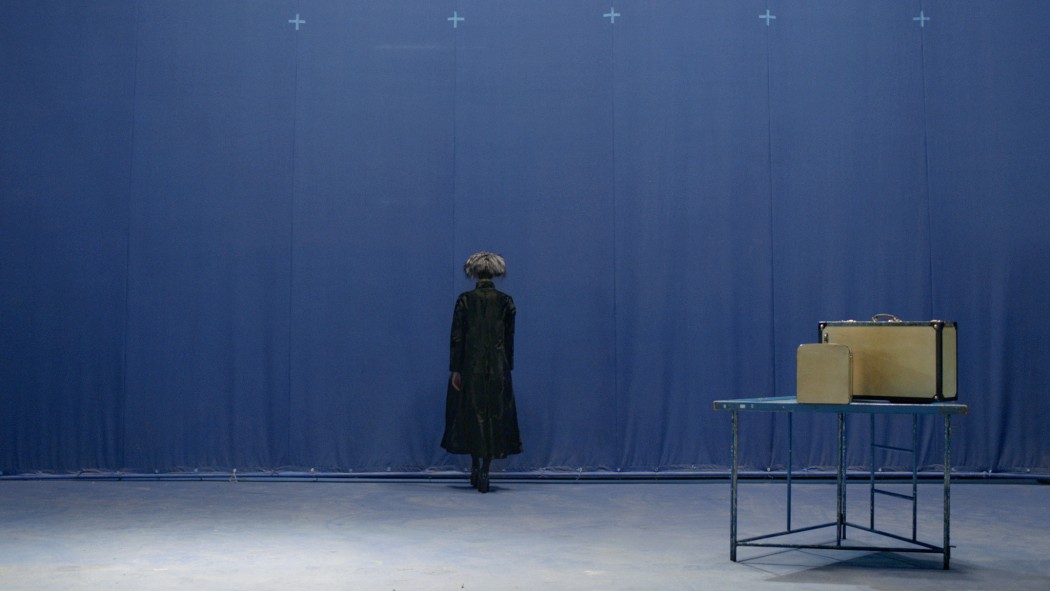 Brands continue to create classic furs and costumes for movie productions in Italy, Europe and Hollywood. Some became unbelievably detailed representation of certain moments in history while others were the visual representations of creative scenarios that defy imagination. Yet, FENDI continues to exist in its own realm by creating objects and clothes that describe characters and situations with a creative might – hidden behind the high-brow window displays.

Having designed timeless costumes for the silver screen without making any compromises on “glam” and creative dynamics in collaboration with prominent costume designers such as Piero Tosi, Milena Canonero and Anna Shepard, FENDI puts its immortal realm on display at a popular exhibition at Palazzo della Civiltà Italiana in Rome. Opened as part of Rome Film Festival, the exhibition “Fendi Studios” will be open for visit until March 25, 2018. 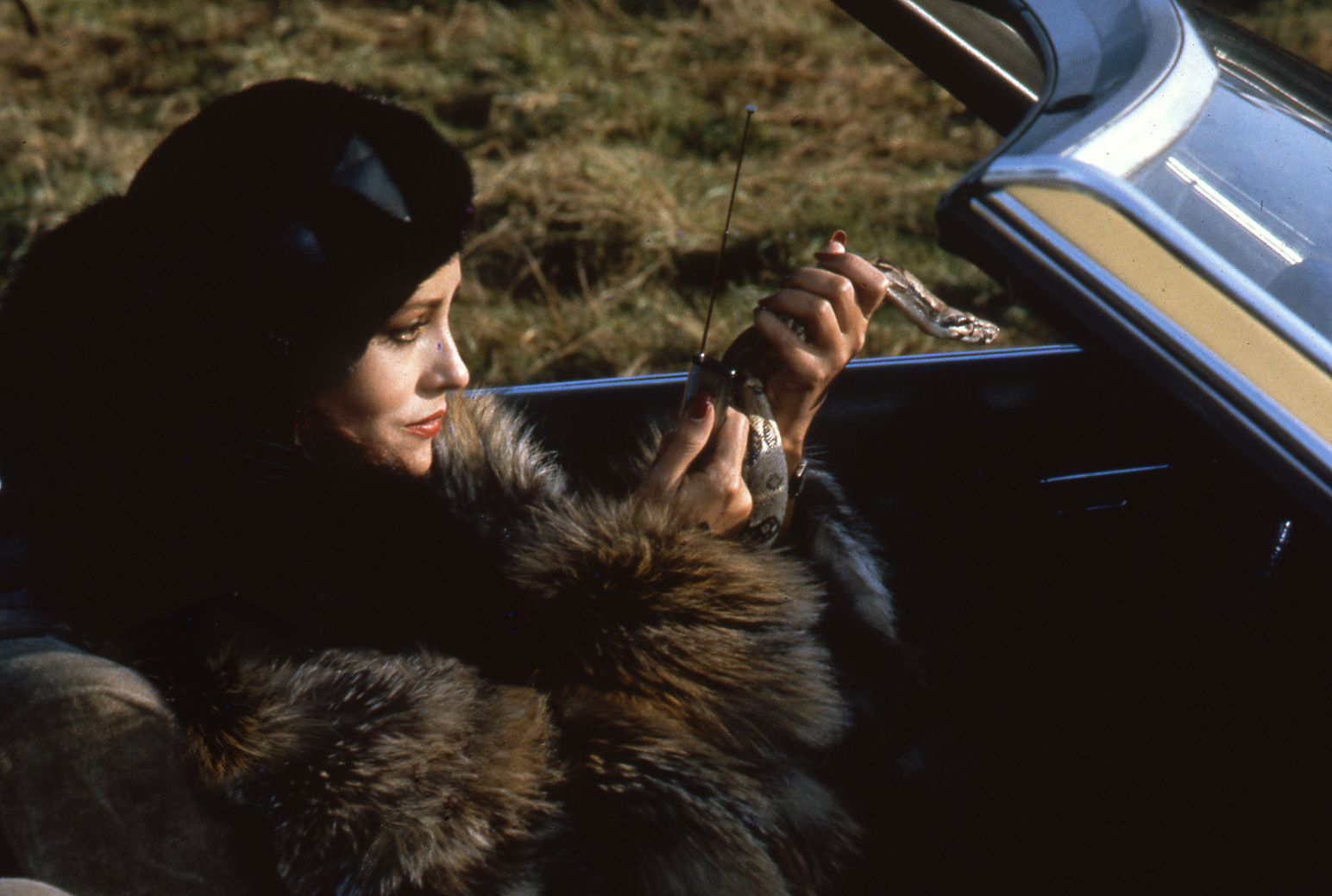 Also Roman Maison’s new headquarters, Palazzo della Civiltà Italiana welcomes visitors with a nostalgic Italian kiosk for the exhibition “Fendi Studios.” The interactive studios for movies such as Evita, Never Say Never Again, Femme Fatale, The Grand Budapest Hotel, and Titus which have carved themselves a place in our memories with the iconic FENDI costumes, have been designed to make the guests feel as if they were visiting the movie set. You can partake in the famous car scene in Evita (1996) by Alan Parker in which Madonna played the Argentinian actress Evita Duarte; stop by the glamorous New York in The Devil Wears Prada, led by Meryl Streep, by giving a thousand thanks to a digital mirror, or let a mirrored hall lead you to the unforgettable scene in The Royal Tenenbaums by Wes Anderson. One of the highlights of the exhibition is the movie set for Titus by Julie Taymor, in which Anthony Hopkins plays Titus. Here the guests’ faces are re ected on the walls of the Palazzo with special effects, making them a part of the exhibition, the movie and the venue. 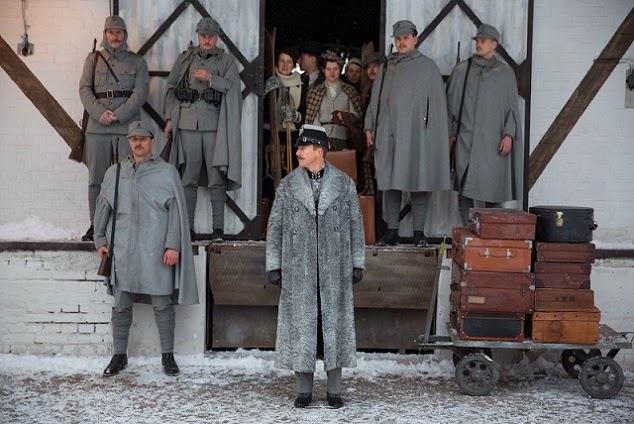 Silvia Venturini, creative director of FENDI Accessories, Menswear and Kids Wear, comments on the exhibition: “Cinema has always been an essential part of our family life and brand. In fact, FENDI has always had a deep connection with Cinecittà. As part of the creative and artistic world in Rome, Fendi sisters have partaken in revolutionary collaborations. With the touch of world-renowned costume designers such as Piero Rosi and Milena Canonero, they have designed furs and costumes for unforgettable movies. We worked with and continue to work with the best directors of past and present from Luchino Visconti to Wes Anderson, Martin Scorsese to Giuseppe Tornatore. This exhibition is a celebration to appreciate a relationship based on closeness and desire to experience, to tell stories and to realize dreams.” 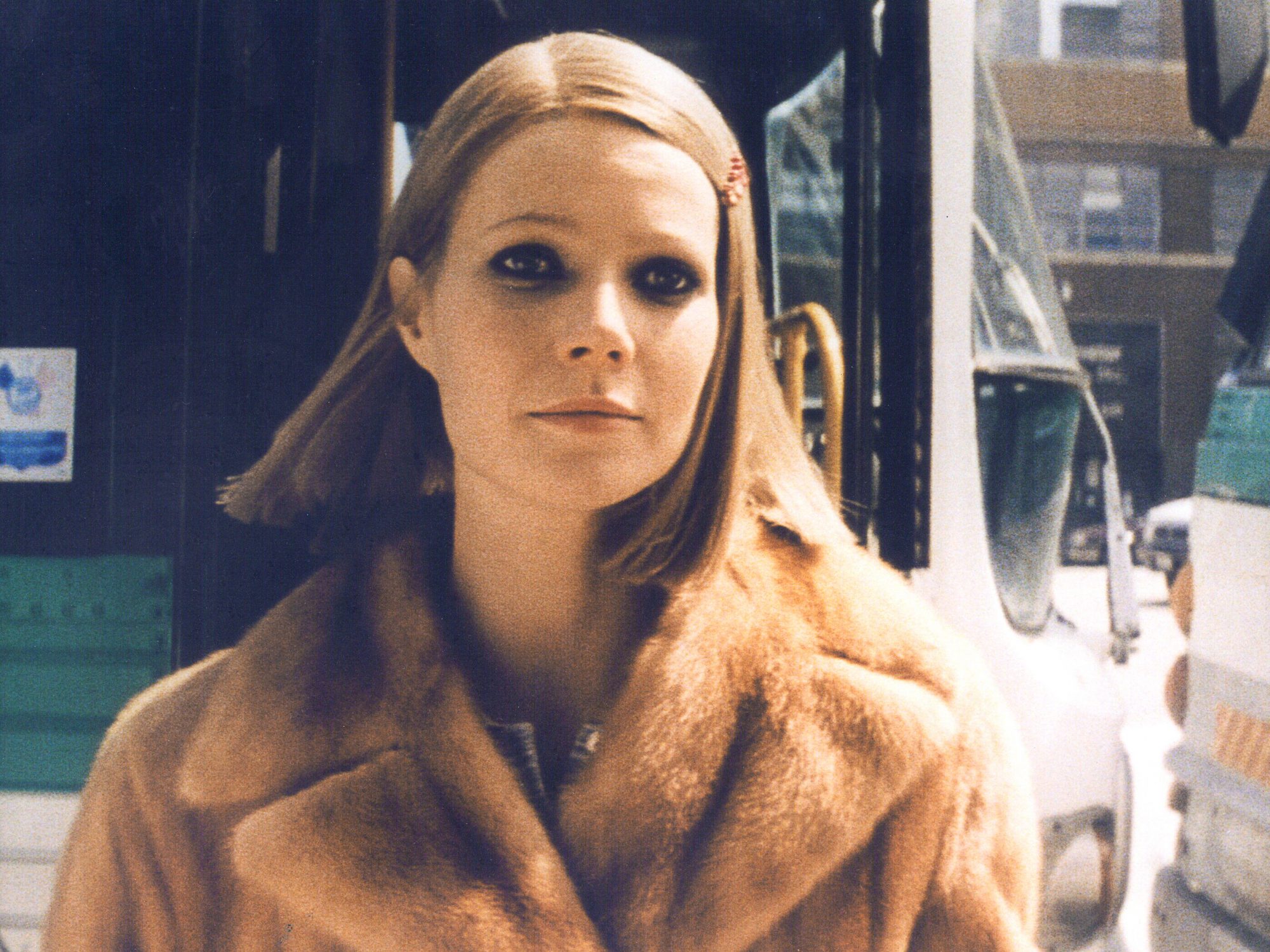 From Italian new-wave cinema to American box of ce hits, FENDI costumes are on display in the rooms of Palazzo della Civiltà Italiana together with classic pieces from the production – sometimes set inside the whole set, sometimes by an iconic car in front of the green screen. Let us remind you that Palazzo is non-coincidentally featured in the movies Boccaccio ’70, Titus and Zoolander II.

The exhibition invites guests to an experience in which they’ll nd themselves as the lead star in these unforgettable scenes with FENDI pieces. Head over to Rome for an interactive art experience featuring digital installations and technological curations that have been dominating the art scene in recent years. We’ll see with how many thousand sel es Palazzo will take hold of Instagram.

In addition to the exhibition, a projection room will be reserved to screen some of the most iconic collaborations between FENDI and cinema such as The Legend of 1900, Once Upon a Time in America, The Age of Innocence, And the Ship Sails On, Evita, and The Devil Wears Prada. Directed by Antonio Monfreda as a co-production with the Cinecittà Studio, Making Dreams: Fendi and the Cinema will also be screened. 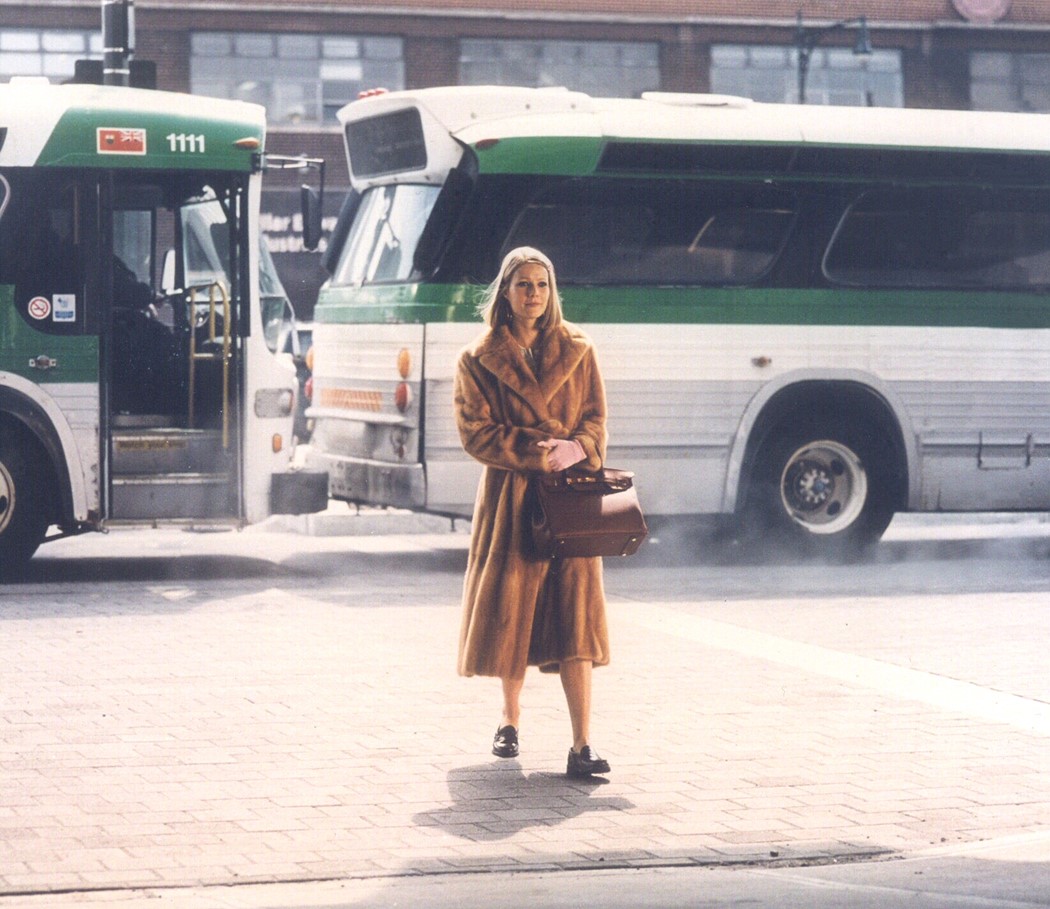 Share:
Author: Lara Lakay
If You Can Live without Making Music, Then Don’t Do It.
Discover
Ay Güneşten Daha Güzel!